The Noda campus features an open layout of classroom buildings, libraries, athletic grounds, a seminar house in a spacious natural setting, for an environment that allows exclusive focus on educational and research activities. The campus boasts a rich concentration of research facilities that span multiple fields, including the Photocatalysis International Research Center and the Research Institute for Biomedical Sciences. The Noda campus continues its evolution as a research park-style campus where research and educational systems are built on organic collaboration among related Undergraduate Schools, departments, and other organizations. 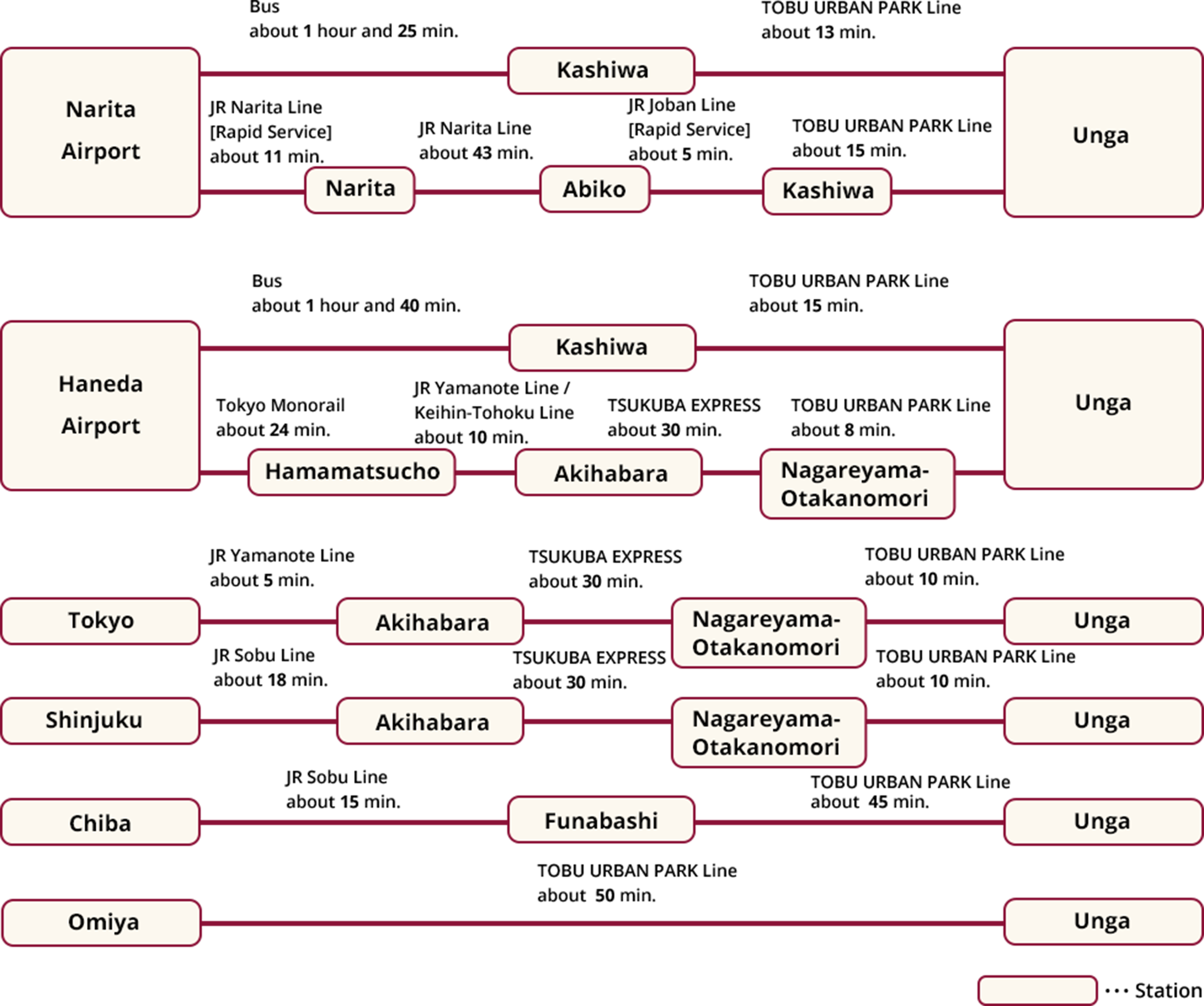 Noda City is about 20 kilometers northeast of Tokyo. Located in the northwest of Chiba Prefecture, it is surrounded by the Tone River, Edo River, and the Tone Canal of the Kanto Plain. Harboring fertile soil and bountiful natural scenery, the population of about 150,000 live in an area of about 103 square kilometers. Many new residential, industrial, and commercial districts are still being developed on the outskirts of the town.

Historical middens, ruins, shrines, and temples can be found in Noda City. It is also the birthplace of traditional soy sauce. 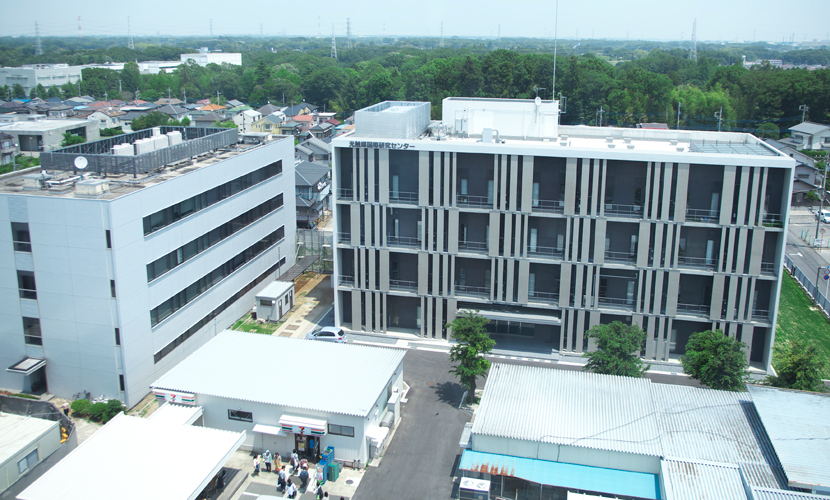 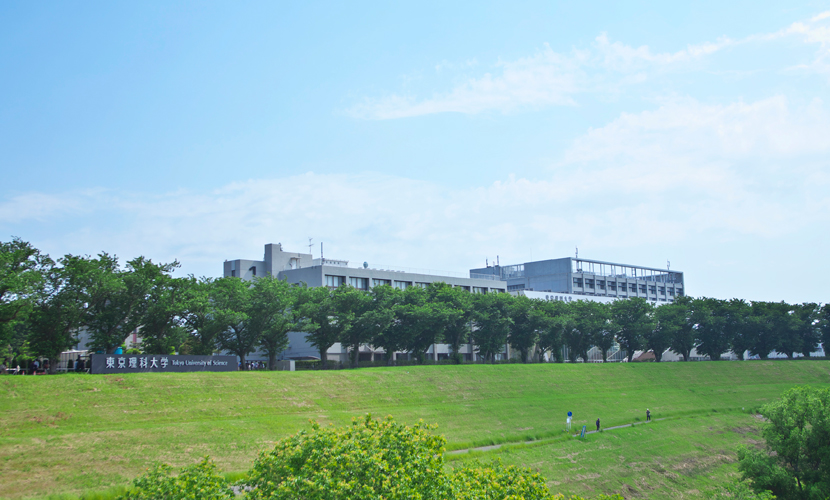 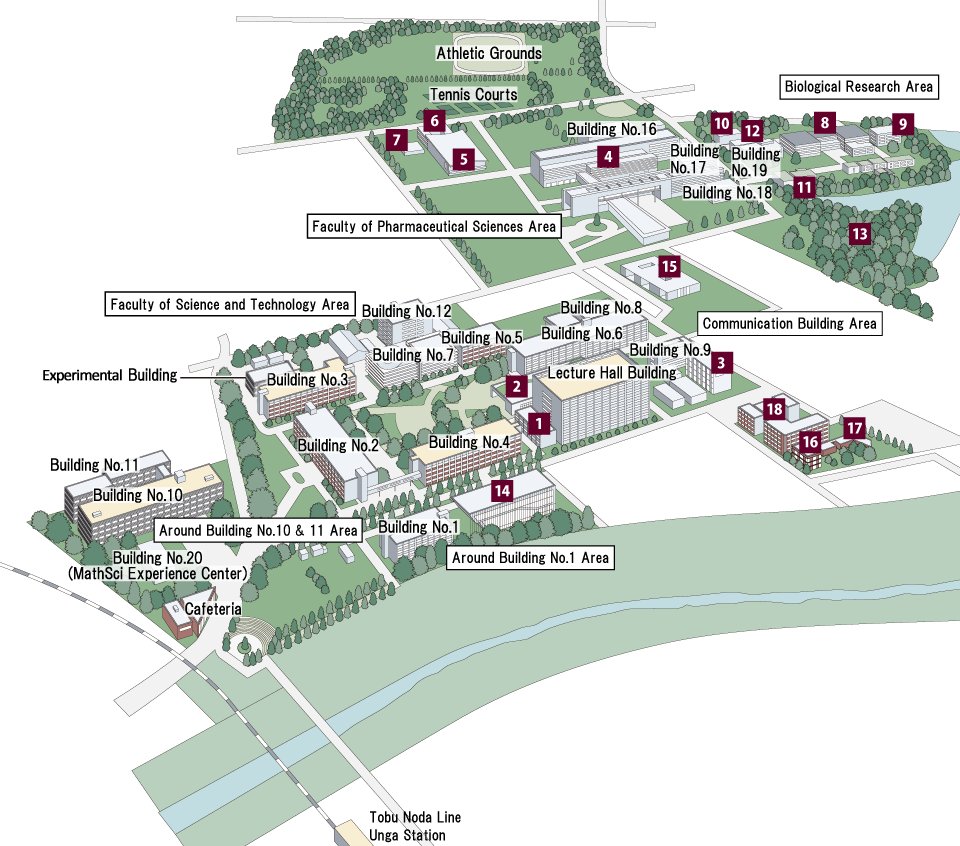 Faculty of Science and Technology

Graduate School of Science and Technology