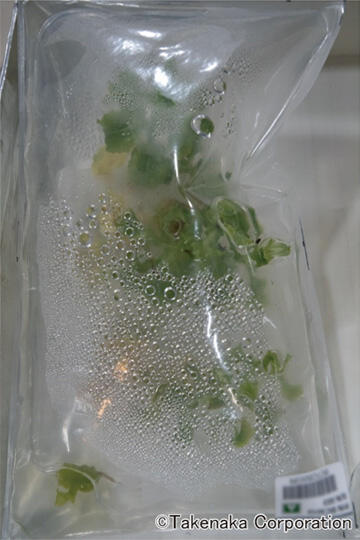 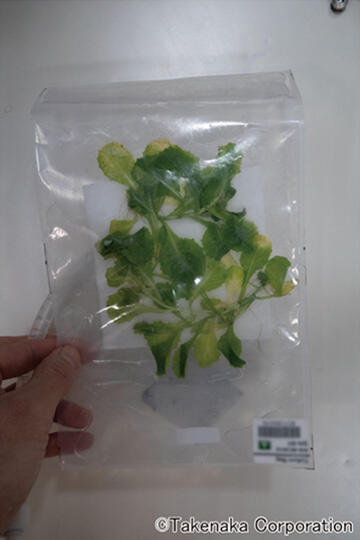 Lettuce cultivated in a sealed bag
(Left: before harvesting; Right: before collecting on the ground) 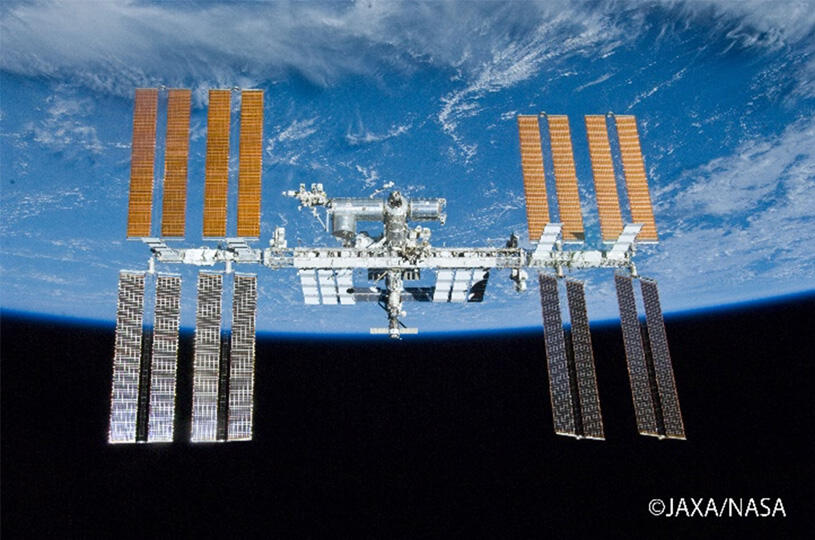 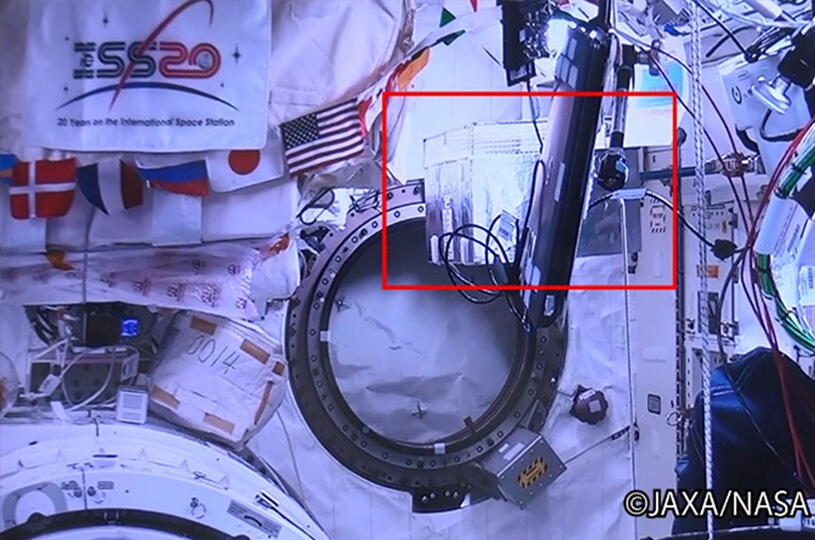 As the space development sector is seeing momentum gathering for expanding the sphere of human activities to near-Earth objects, such as the moon and Mars, JAXA is promoting technology development to serve this purpose. One of such research projects aims to set up farms on the moon and produce food to enable long-term stays with reduced supply from the Earth. In the future plan for farming on the lunar surface, disease and pest control and emergency food supply will be the key to sustained stable production. Also, cultivation systems will need to be downsized to be transported appropriately from the Earth.

In this context, JAXA, Takenaka Corporation, Kirin Holdings Co., Ltd., Chiba University, and Tokyo University of Science teamed up in a framework for the open call for joint research proposals of the JAXA Space Exploration Innovation Hub, and started in 2017 to develop the plastic culture bag technology with a view to application to space activities (*1). The technology is to grow plants in a small closed bag, which can prevent bacterial contamination and odor leakage. The cultivation system is housed in compact simple equipment, which enables easy maintenance, energy saving, and flexible control of production volume (Fig. 1). The recent demonstration was planned to confirm achievements from the team's past efforts. The experiment was performed in Kibo using lettuce to assess the effectiveness of the cultivation method in a micro-gravity, closed environment, and advantages over hydroponics and soil cultivation.

The experiment was conducted for 48 days from August 27 to October 13, 2021. During the course of the period, cultivation was promoted by ensuring the supply of a culture solution and exchange of air. True leaves of lettuce were confirmed on September 10, and subsequently the vegetable continued to grow steadily to be successfully harvested. 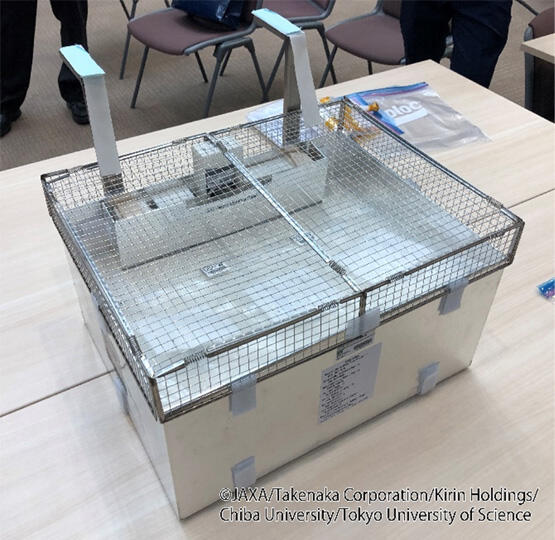 The cultivation device, measuring 44 (w) x 35 (d) x 20 (h) cm and weighing 5 kg, was designed to be compact to diminish the load on transportation. The system can grow up to three bags of plants, and includes functions to sterilize drinking water in the ISS to create and supply a culture solution and automatically photograph the growth status on a periodical basis.

Following the experiment, grown lettuce, culture medium, and growth records will be collected to evaluate the advantages and applicability in space of this cultivation method. Also, investigation will be conducted for hygienic safety of the harvests while analyzing the culture medium to explore the possibility of reuse for the ISS' environmental control and life support systems (*2).

Major expected future applications of the plastic culture bag technology include mass production of leafy vegetables and virus-free growth of seedlings, which will support long-duration manned planetary exploration missions and large-scale cultivation in spacecraft in orbit and/or accommodation on the moon (Fig. 2). The joint research project will continue to further develop the technology to be able to contribute to sustainable space activities.

*1.  The related joint research agreement was concluded in 2017 for the "research on a farm system free from pathogens and insects and capable of backing up in emergency," which was adopted for JAXA's "Open Innovation Hub for Expanding Humanosphere and the Domain of Human Activity through Solar System Frontier Development (Open Innovation Hub)," selected by the Japan Science and Technology Agency to support with starting up innovation hub projects.

*2.  The environmental control and life support system (ECLSS) installed in the ISS. Equipped with physicochemical mechanisms to supply clean air and water to the crew and experiment animals. 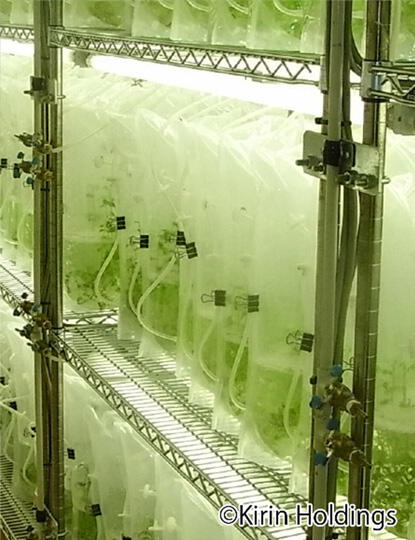 Fig. 1  Cultivation in plastic culture bags on the ground 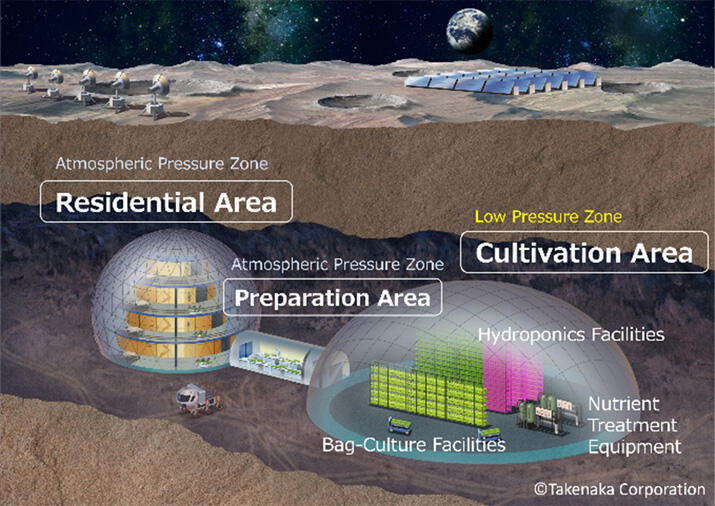 About The Tokyo University of Science

Tokyo University of Science (TUS) is a well-known and respected university, and the largest science-specialized private research university in Japan, with four campuses in central Tokyo and its suburbs and in Hokkaido. Established in 1881, the university has continually contributed to Japan's development in science through inculcating the love for science in researchers, technicians, and educators.

With a mission of "Creating science and technology for the harmonious development of nature, human beings, and society", TUS has undertaken a wide range of research from basic to applied science. TUS has embraced a multidisciplinary approach to research and undertaken intensive study in some of today's most vital fields. TUS is a meritocracy where the best in science is recognized and nurtured. It is the only private university in Japan that has produced a Nobel Prize winner and the only private university in Asia to produce Nobel Prize winners within the natural sciences field.

About Professor Chiaki Terashima from Tokyo University of Science