A Springboard to the Future

This self-possessed freshman student is unsure what the future holds, but seems certain he made the right choice by making TUS the springboard to his future.

Indeed, his arrival at TUS in March 2018 was hardly preordained. The native of China only ended up moving to Tokyo to attend TUS after, like a puzzle, a number of pieces slipped into place.

Not one to waste time, when he didn’t get into the university of his choice in China, he decided to take action. He took a chance and traveled to Japan where he spent two years studying Japanese in Fukuoka Prefecture with the aim of getting into a top-notch Japanese university. 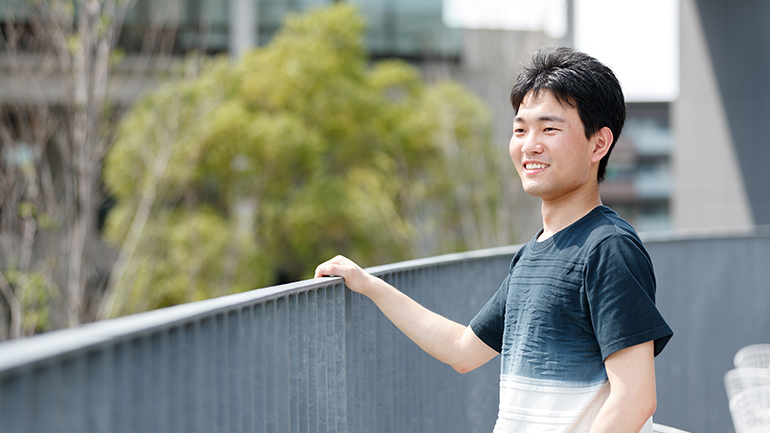 "In China I didn’t test well and didn’t want to spend a year waiting to test again. I liked anime and Japan is close to China so I decided to give it a go here. I didn’t really look at any other countries," he explains

The head of an online preparatory school he used suggested he take a look at TUS. Once it was on his radar, he liked what he saw.

"He told me that TUS was a tough university and that they will look after you, but that you really have to study hard or you will have to repeat a year," he says.

Ye applied to two public universities and TUS. Ultimately, his acceptance to TUS sealed his decision to pursue his undergraduate education in Tokyo.

So far, so good. Despite the distance from home and linguistic detour that landed him at TUS, the 21-year-old native of Jinghua, Zhejiang Province is only looking ahead. Ye says he hardly notices that he is older than the average freshman, and that it feels like only yesterday that he graduated high school.

"I have no regrets. I want to experience various things and Tokyo is a good place for that," he says.

Although he spent two years in Kyushu preparing for university he said he sometimes visited Tokyo so he had a sense of what to expect.

"I’d recommend Chinese students looking to study abroad take a look at Japan. I think I have to study harder than I would at a typical Chinese university, but life is fulfilling and there is lots to do," he says.

He studies at the spacious Katsushika Campus, which opened in April 2013 and is located between the Kagurazaka Campus in central Tokyo and Noda Campus in Chiba Prefecture. Ye says the campus is nice, the buildings nearly new and the "facilities are very good." He also likes that the campus is not located in the heart of the city yet he can basically be anywhere in central Tokyo in about 30 minutes.

Currently, he lives with two other students in a university dorm that is only a four-minute walk from campus. He said the dormitory was a good way to start because it is furnished, but that after a year or two he plans to find his own place so he doesn’t have to worry about accommodating the schedules and "life rhythms" of roommates. 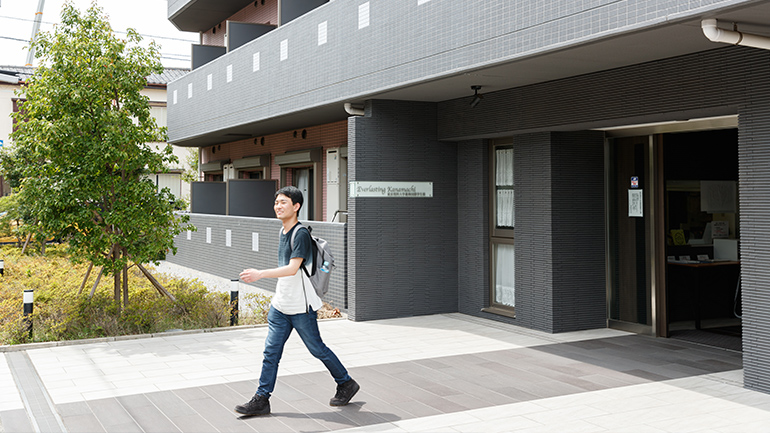 He is making friends and has found part-time work including at nearby supermarket and helping out as staff at concerts for an event company.

He says that the Freshmen Camp, an event held at the TUS Noda Campus overnight for freshmen, was a great opportunity to meet people. In his case, on the first day of the orientation for his department, he and two other foreign students from China just happened to sit next to each other and fast became friends. 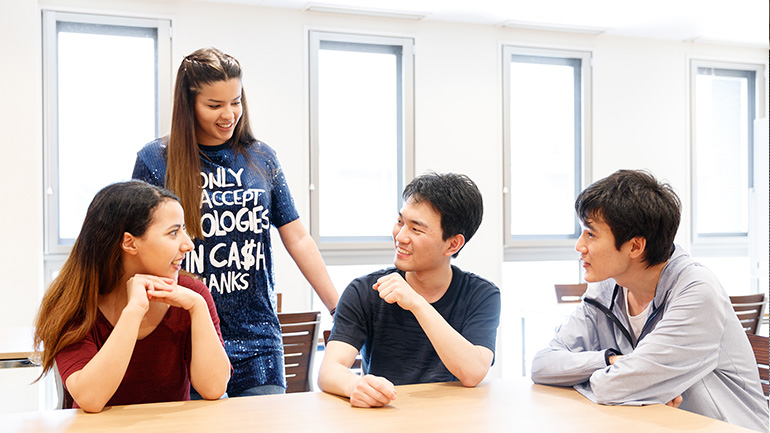 "It’s a good opportunity to meet others. We have class with lots of people, but you really only talk to the people sitting next to you," he says.

In addition, he is a member of a university’s Anime Research Club, but said studies and work have been keeping him too busy to attend regularly.